One of the most common ways to measure the size of an economy, in other words, the aggregate output of a country, is by compiling the gross domestic product (GDP). As defined by the World Bank, GDP represents the market value of all final goods and services produced within a country’s borders, during the course of one year.

However, this definition often called the production approach (or the output approach) is not the only way to compile GDP.

OECD proposes a different approach to GDP since it shows that GDP can also be calculated as the sum of the gross value added of all resident institutional units engaged in production to which we need to add taxes and subtract any subsidies on products not included in the value of their outputs.

This is called the income approach in the specialized literature. Yet another method of calculating GDP is the expenditure approach, defined as the sum of the final uses of goods and services (all uses except intermediate consumption) measured in purchasers’ prices, less the value of imports of goods and services, or the sum of primary incomes distributed by resident producer units. Let us understand the key terms before we explain these approaches briefly. 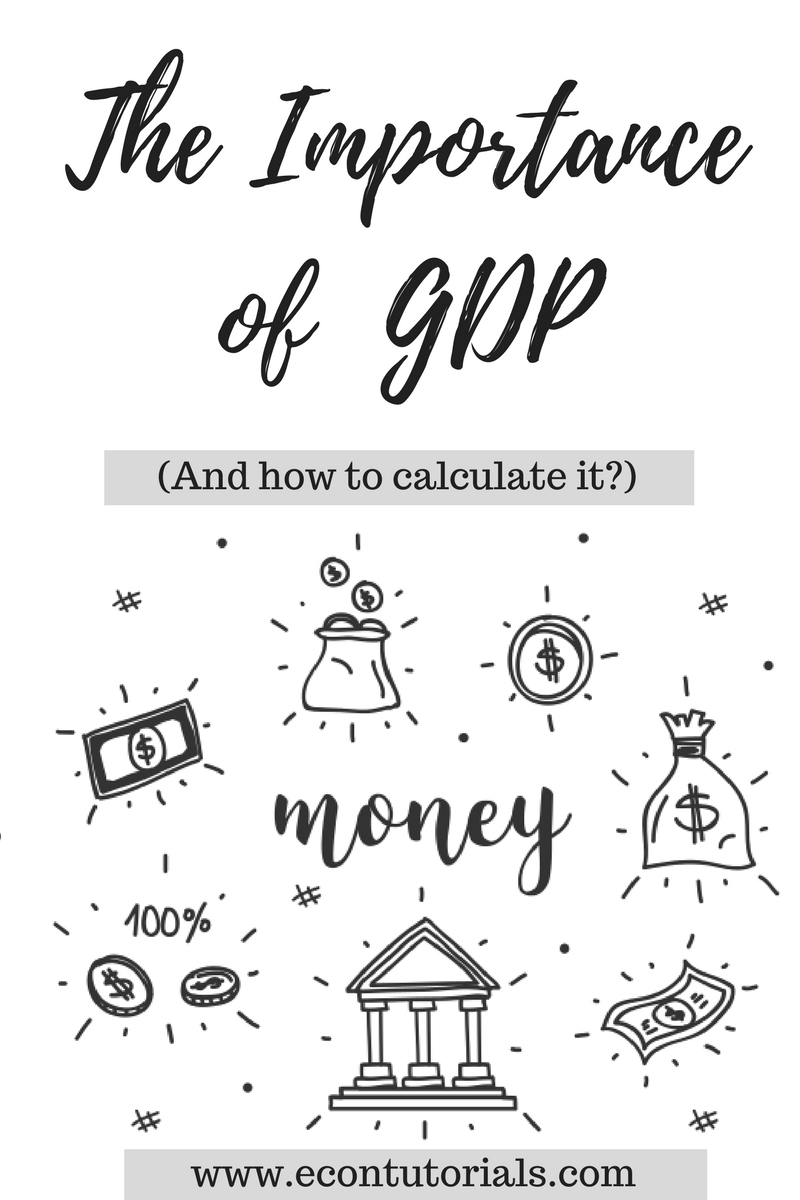 This method of compiling GDP leads to counting the production by sector of activity. Most countries using this approach extrapolate value added with tools such as the Index of Industrial Production (IIP), physical quantity indicators or sales type statistics for estimates of value added in manufacturing.

While most countries still use the production approach since 1979, one major drawback of this method is the difficulty to differentiate between intermediate and final goods.  This is why some countries such as the United States and Japan prefer other methods, like the income or the expenditure approach.

This method of calculating GDP refers to compiling data from employment and earnings surveys to estimate salaries and wages by industrial activity. However, there are sectors of activity for which it is not easy to measure compensation.

Therefore, many countries such as Canada, the United States, Japan or Australia use the income approach through trend extrapolation to estimate GDP.

By definition, incomes approach is the total income earned by the factors of production that is owned by a country's citizen Click To Tweet

This includes the following:

Although the two approaches presented above are still popular, the most widely used approach to measure GDP is the expenditure approach.

This method suggests to simply look at how much do households, government, non-profit institutions, and financial institutions consume within a country to which one must add the net exports of that country.

If you are interested to know more about GDP and its calculations, detailed concepts are written in these books of Economics published by Palgrave Macmillan. I have personally bought books from Palgrave and found them very informative with regard to the subject of Economics.

There are 4 categories of Expenditure

The formula for calculating GDP, using the expenditure approach is the following:

The expenditure approach not only facilitates the compilation of GDP, but it can also offer insights on the economic policies of a country, like in the graph below (source: OECD) 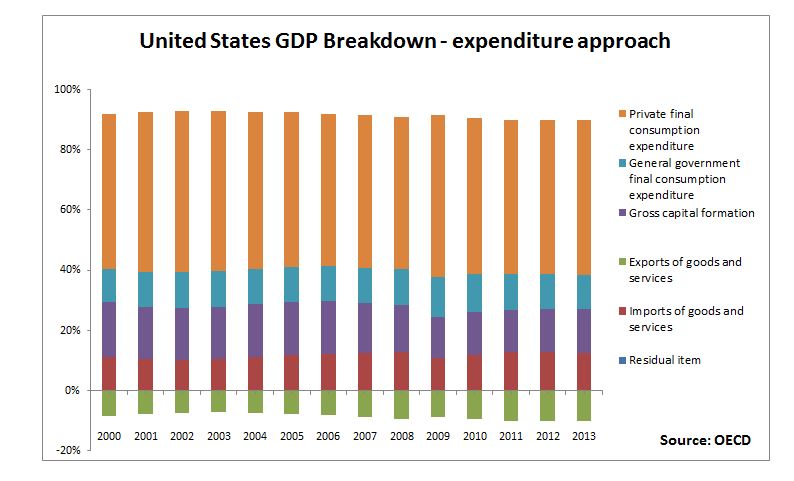 NOTE: GDP is only concerned with NEW and FINAL Production. It excludes: