We all know that pure monopoly is very rare in today rapidly growing and progressing businesses. Every now and then we have competitors around us so we barely see such companies who can rule the whole market without having any barriers or alternative.  Yet there are two questions that come up when we are talking about a pure monopolist.

How can we measure monopoly when comparing it with other competitive firms?

What are the sources of Monopoly Power which enables some firms to have more power than others?

The basic point in this topic is to understand the extent to which Price >Marginal Cost . As discussed in the last topic about the markup over marginal cost as a percentage of Price which is dependent upon the inverse of the elasticity of Demand. This concept is also called the LERNER INDEX OF MONOPOLY POWER that is Mathematically expressed as :

Which is the difference between the price and marginal cost divided by Price and has a value between 0 – 1 . With regard to a Perfect competition where P=MC , the Lerners Index= 0. And the larger the Index, the greater would be the degree of Monopoly power. The above equation can also be expressed in the form of :

(Note: we have computed Price as a markup over marginal cost discussed in the last lecture where P= MC/1+(1/Ed)}

Also, Keep in mind that the monopoly power is not only dependent on profits. There are valid cases that Firm X may have more power but has Lower Profits than Firm Z because it can have higher average costs. Furthermore, when a firm has an estimate of the elasticity of Demand, it enables the managers to calculate the proper markup. Which means If a firm Ed is small, the markup is large which consequently leads to more monopoly power for the firm and vice versa. 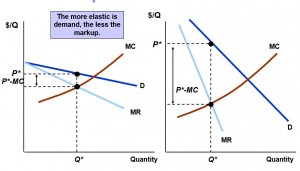 So why do some firms have more elastic demand than others? Well !! There are 3 factors that affect the elasticity of demand.

3. Interaction among the Firms 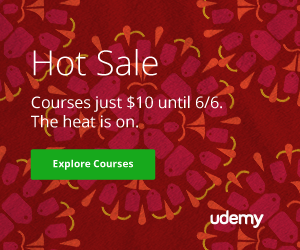 If the number of firms increases, monopoly power decreases. Especially if they are having your market share in the market. Highly concentrated markets are those where only a few firms acquire most of the sales. So in such cases, as we studied in the very beginning of this chapter, monopoly has barriers to entry to keep firms out of the market. For example Patents, copyrights, license etc.

Just like we said that if the number of firms increases, a monopolist will lose power. Same is the case with aggressive competitors for gain more shares in the market.  There can also be an opposite case called Collusion which will bring great monopoly power altogether.

Are you interested in creating an Academic Blog just like econtutorials.com? Check my detailed step-by-step tutorials of creating your own blog in 2018