GDP is considered to be the most simplest and common economic statistics that measures the economic activity of the economy that takes place within a year – that leads to the analysis and conditions of various factors such as investments, household consumption , government expenditure etc. Yet GDP has considerable problems that cannot be ignored. 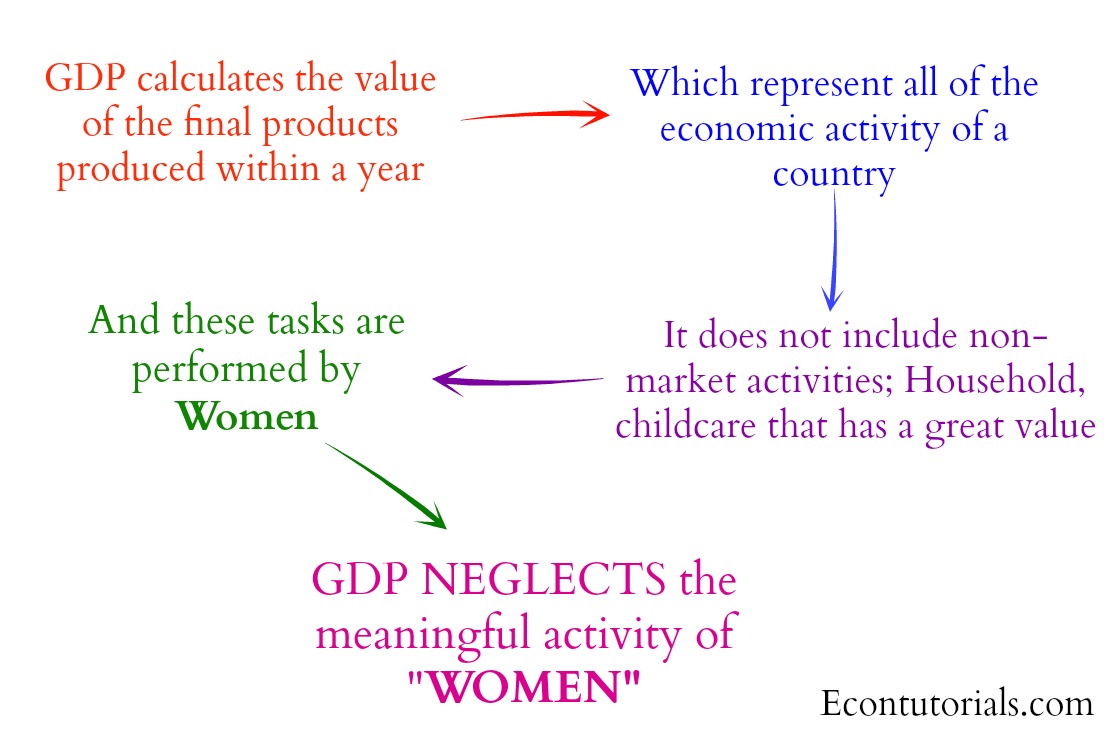 The problem of GDP is more associated to the way it is calculated and what it adds. It is measure by collecting data of all the economic activity and transactions. By economic activity we mean everything that has been bought or sold must be calculated in GDP. For this purpose, surveys and data collection from various statistical bureaus are made to figure out the basics values of all sectors (manufacturing, services, agriculture, health etc ). However , everything in an economy is not associated to economic activity. Not does it should what a particular country citizens values. For example: If the economy calculates that more medicines are bought because viral disease , it will not consider it a negative. It would rather be considered positive as more production of medics has taken place in that year. Also, for an environmentalist, deforestry is a major issue that depletes the natural resources yet with regard to GDP, it is nothing but selling of more timber which is considered positive transaction for an economic activity. GDP GIVES NO INDICATION OF THESE ISSUES. It only calculates the products sold and not the side effects or biodiversity loss.

In 1988, New Zealand MP , Marilyn Wang published a Book titled “If Women Counted” which discussed the activities performed by the women and how it was neglected in the calculation of GDP , considering it an economic activity. She described that Women plays a vital role in the economic acitivity of a country by contributing unpaid work of home-chores and childcare. Also, she is responsible for the task of reproducing future labor force and all her activities are thus not calculated as contribution to the economy. Since the task is not paid, that is why it is not added in GDP.