By definition, demand is the ability and willingness of a consumer to buy or purchase a particular product.

Remember that a demand curve is explained differently than the concept of demand itself. Do not confuse yourself with both.The Demand curve is the relationship between the Price and Quantity Demanded.

The Quantity Demanded vs the Demand Curve

Students or people without an economic background often mistake the demand with the quantity demanded.

“Demand” denotes consumer’s willingness and ability to buy a product.

“Quantity Demanded” is the amount of a product that a consumer is willing and able to buy.

The demand curve indicates the quantity of a good that consumers are willing to buy as the price per unit changes.Mathematically, this relationship can be written in the form of an equation as :

The equation explains that the demand is a function of the price of the product. In value terms, demand is equivalent to the quantity demanded multiplied by its price. 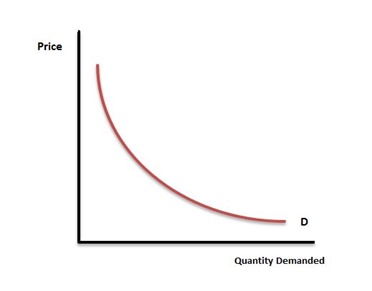 There are many factors that can affect the shape of the demand curve in addition to the price of the product. Some of these factors are:

Check out the detailed course of Economics in Udemy, Coursera, and The Great Courses 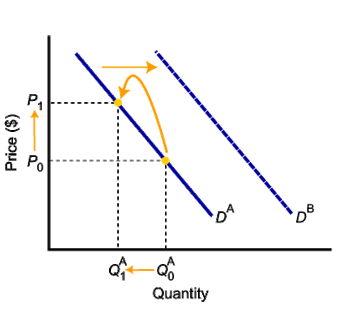