If we had to apply the classical model principles to the global economy nowadays, it would be extremely difficult to make such simple assumptions really work. However, classical theorists like Pigou and Say were aware that a capitalist market economy could not self-adjust to the equilibrium point they described.

Nevertheless, their ‘laissez-faire’ economy still makes the subject of current discussions among policy makers. This only suggests that a non-interventionist economy might not be completely out fashioned.

Assumptions of the classical model

A very brief version of the classical model starts from the following assumptions: 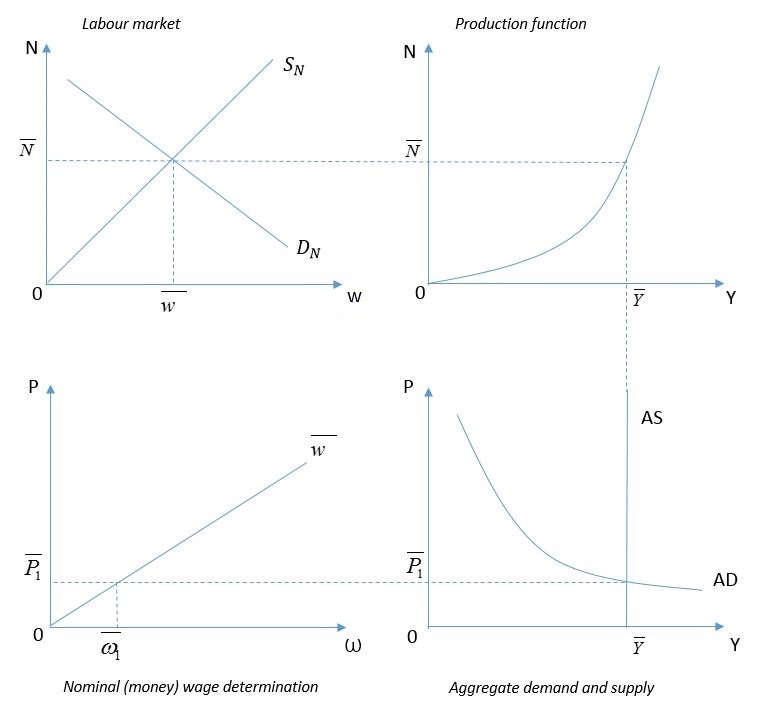 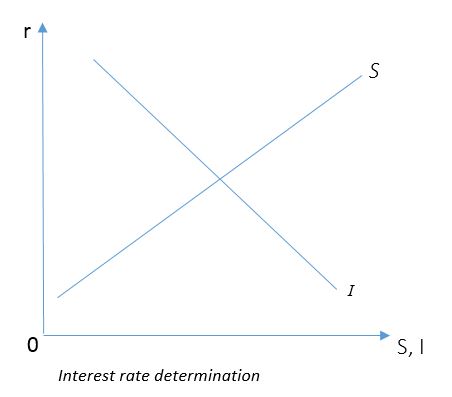 Mechanisms of the classical model

Based on the assumptions of the classical model, all markets clear since prices are perfectly flexible and able to adjust until supply equals demand.

This is also valid for the labour market. Under the classical model frame, an increase in the money supply, for instance, does not alter real variables like employment level or real wage. Real wage, which we can of as the price of the labour market, will adjust until labour demand will be equal to labour supply. The only thing that will change is the level of nominal (money) wages and price level, as seen in Fig. 2.

An increase in money supply, from M1 to M2 leads to a shift in the aggregate demand curve, from AD to AD’. This is because the classical model employs the Quantity Theory of Money: MV = PY, where M is the money supply, V is the velocity of money in circulation, P is the level of price and Y is the output. The Quantity Theory of Money, reinterpreted in the Cambridge approach, equates PY with the demand for money times the velocity of money, which can be aggregated under AD.

To come back to the previous point, when money supply increases, the aggregate demand curve will shift to the right. This will yield a higher price, but the aggregate supply is independent of the price level. Since prices are perfectly flexible, changes in the price level will be matched by corresponding changes in the nominal (money wage) to maintain the same market-clearing level of employment.

The new equilibrium will be reached at the same level of employment and same real wage, but at a higher price level and nominal wages. The fact that values of the real variables in the model are independent of the value of nominal money stock generates a paradox which is often called the classical dichotomy. 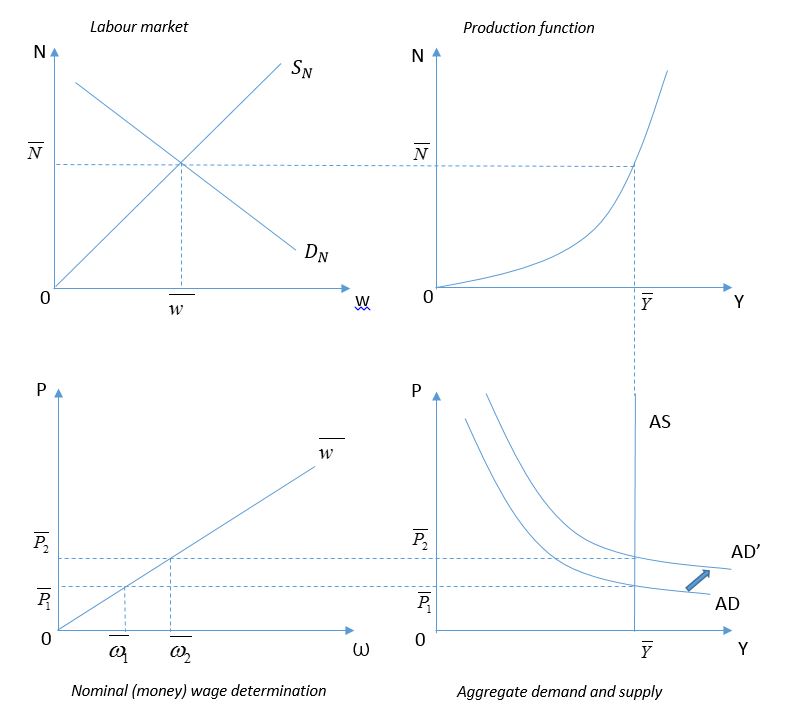 How can the Classical Model be used today

Theorists of the classical model argued that the ‘normal state’ of the economy is the one at full employment. Hence, if unemployment arises, this is only because of market rigidities, like trade union pressures and minimum wage legislation. Although today’s global economy is too complex to be looked at through ‘the classics’ glasses’, discussions on balancing the power of trade unions in France and debates on removing the minimum wage in the U.S. make the model useful. Of course, the classical economic model should not be treated as anything else than a simplified tool to work with in solving more complex problems.