Receiving of income and production of goods are two faces of one economic activity. An individual will receive income only if goods and services are produced in market. An individual works and gets income and he spend that income to buy goods and services to fulfill his desires or in order to get utility. By, this we mean that there is  a direct relation between production of goods or services and income spending.

Circular-flow diagram presents a visual model of the economy. 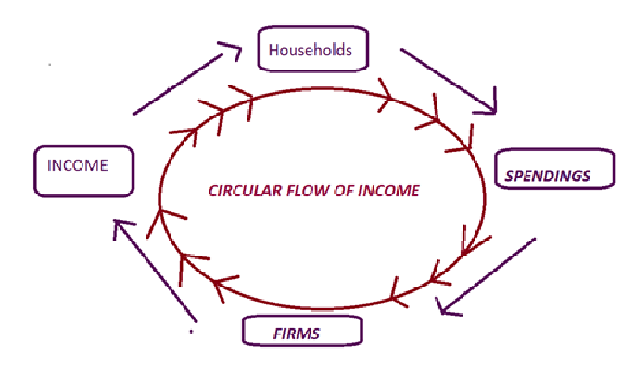