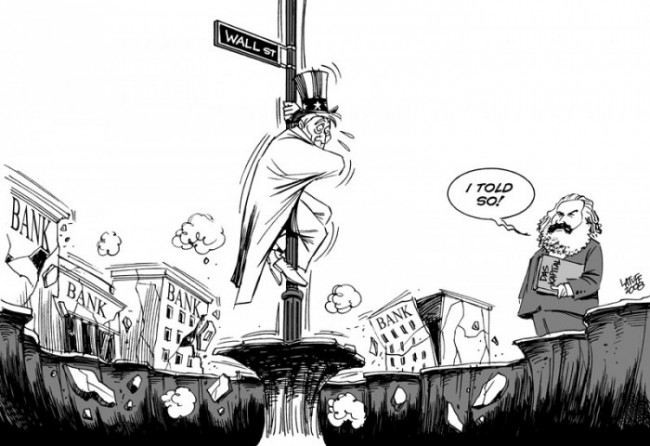 In 2008 the United States went through a Financial crisis. Many of these events were said to be the reflections of 1930’s great depression that brought fear to many individuals considering it’s a severe downturn in economic transactions and rapid rise in unemployment.

Now the scenario of Financial Crisis begin a few years earlier with a substantial rise in housing market. This rise was due to many factors one of which was the low interest rates. Theoretically lower interest rates are usually for recovery of Economy, but by making it less expensive to get a mortgage and buy a home, they also contributed to a rise in housing prices.

In the mortgage market, the Subprime Borrowers are those with a higher risk of default on the basis of their income and credit history. Due to the Developments in the mortgage market, the subprime borrowers were easily able to get mortgages and buy homes.One other development was Securitization “ A process which practices the pooling of various types of contractual debt like residential mortgages, commercial mortgages, auto loans etc and than this pooled debt as securities to investors. Now securities backed by mortgage receivables are called Mortgage Backed Securities. “

Some Government policies encouraged this high risk lending to make the goal of home ownership more attainable for low income families. or Economists blame insufficient regulation for these high risk loans. Now historically  according to the scales the housing prices of United States from 1995 to 2006 were more than doubled.

Downfall in Housing Market and its Consequences

Than there came  a downfall in housing Prices , the prices was not as sustainable as they were before. From 2006 to 2008, housing prices fell around the country to 20%. But such price fluctuations were considered common in a business cycle. Yet the problem rose to a point where the price were not able to rise up to the level as they were before.  There came many problematic repercussions. The first repercussions was that during the housing boom, man home owners had bought their homes with mostly borrowed money and minimum down payments. When housing prices declined, these home owners were at a big loss. Because they OWED more on their mortgages than their homes were worth. So what happened next was that he banks which were servicing the mortgages started having defaults to which they responded  by taking the houses away in foreclosure procedure and than selling them off. The reason for doing so was that the banks wanted to recover whatever they could. But the increase in number of homes for sale as a consequences decreased the prices of housing.

The second repercussion was that large financial institutions had borrowed large sums to buy high risk mortgages so as to have more return , thinking that the housing prices may rise. But when the prices went bad . they found themselves at the point of bankruptcy. consequently even healthy banks stopped trusting each other in case of inter bank lending. So because of this distrust , the ability to provide loans or make loans even to credit worthy customers was declined.

in this Uncertainty, households households started backing off their expenditure plans. This result in large contractionary shift in Investment and saving (IS Cuve).The sequential events that came across at that time brought about the financial crisis in the overall economy.

Response from the U.S Government

The U.S government responded vigorously by